Sainik School Coaching in lucknow:- Education is a vital part of every person's lifetime. It shapes the rest of their lives and gives various valuable experiences needed for character and personality development of every individual. Education which just fills an individual with information and content which is simply memorized is an incomplete and inefficient education.

Holistic education methods are being employed in the present day for a wholesome and well-rounded education which not only develops the analytical skills but also the personality of the individual. Education which imparts good values and sense of morality is as important as the development of verbal and analytical skills in the student. Schools focused on complete development of the students’ mind and personality are a rare find in the present day. Every student is racing towards scoring grades and landing a good job or a place in a top college. 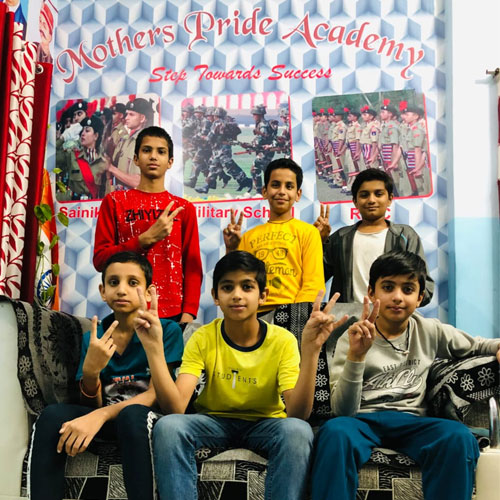 Amidst this race for academic excellence race which is ill-spirited and stressful, schools which focus on the personality and character of the student and aim to make their students not only excel academically but also good citizens of the country are much needed. One such system of schools established in India to give a complete education and also tailors its students for entrance to the National Defense Academy of India is the Sainik School system.

Sainik School Coaching in lucknow were established by the Ministry of Defense and are also managed by them in every aspect of education provided there. The Sainik School ideology was first brought to the country by V K Krishna Menon who was defense minister of India who held the position in the sixties. These schools train every pupil with utmost attention for good personality development, a sense of societal responsibility and love for the nation. The schools are specially equipped to train and nourish the abilities and character of the students which the normal school system lacks. These schools also provide good education and career opportunities for students from rural and suburban areas of the country.

These schools train every individual’s mental ability as well as physical fitness to produce the best outcomes. The students who graduate from these schools are trained to perfectly fit into the National Defense Academy where they will be trained further and will attain ranks in national defense professions. The officer cadre of defense services are picked from these schools owing to the quality of education and training given in these schools.

Sainik Schools in India are located in more than 33 locations spread across the country at least one in almost every state. Some of the locations which include Lucknow as the prominent one Sitara, Jhansi, Bhubaneshwar, Bajpur, Amati, Sambhalpur and many more. All these schools come under one common Sainik School Society and they coordinate to give uniform and quality education across all the branches. Sainik schools maintain a strict code of conduct and discipline so as to inculcate general discipline and to mold their overall personality. The schools have a thorough screening process for accepting pupils and are known to produce the highest trained individuals to enter defense services